This recipe requires that an entire small chicken be put in the crockpot….I have to admit, this sounded pretty scary to me.  So as I was doing some recipe-research, the very first recipe I found told me to put balls of foil on the bottom of the crockpot and then place the chicken on top and allow to cook for 8 hours on low…that sounds dangerous right?  Or maybe it’s just me. I just pictured myself coming home to a house in flames, due to balls of foil…

So I made up my own recipe.  It’s actually pretty similar to the pot roast I made one day last week.  The meat will FALL off the bones and will be so so juicy.  It’s such an easy recipe and it’s so healthy for you because all the fat just melts off as it cooks all day long.  Not to mention you can do so many different things with all the left overs!

Now getting the chicken ready, is the worst part (for me at least).. you have to remove all the skin off the chicken and you must remove everything from the inside. Some chickens come still stuffed with their “insides,” and others come already cleaned.  Once skinned and cleaned out, rinse with water.  I hate this part… Kind of grosses me out if I actually process what I’m doing.

Next, place any vegetables you’d like in the bottom of the slow cooker (I used small red potatoes, carrots, and a large chopped onion).  Sprinkle vegetables with salt and pepper.

Now it’s time to season the chicken. I have to be honest and say that I took the lazy way out this time… I have a couple of different seasonings that I have used in the past.  This time I used the montreal steak seasoning (it’s a nice blend of salt, pepper, garlic salt..etc), it has great flavor! Once seasoned, place chicken over the vegetables at the bottom of the crockpot. Add two cups of chicken broth. 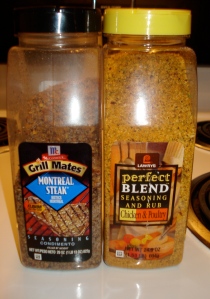 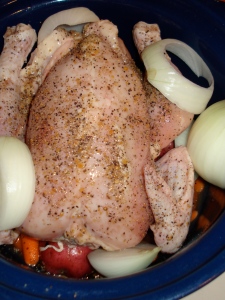 8 hours later you will have a delicious meal!

Welcome to Cavities and Cravings! 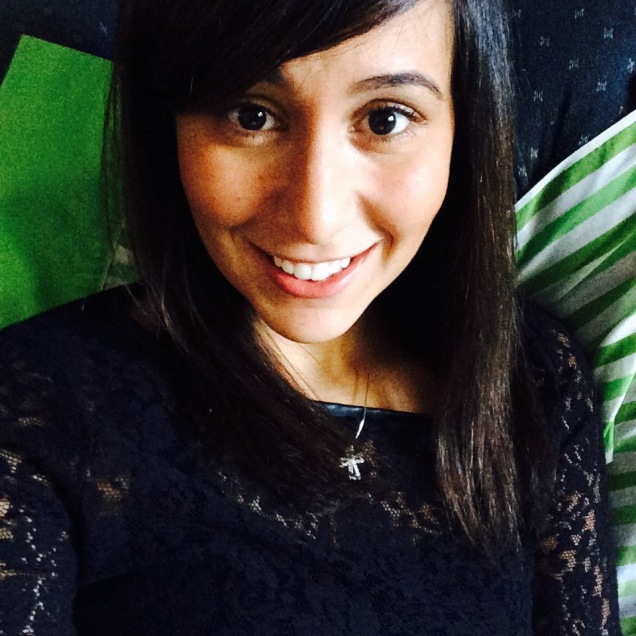